The Spanish city of Cádiz is an amazing place, with a great history (from Roman ruins, to the first Spanish constitution which was written there back in 1812). It is a great location choice for the Lambda World conference, although a quite remote one. Due to train troubles following the recent Aude flooding back here in France, I missed the first morning unconference and the first workshop (which I sorely regretted since I highly awaited to attend the eta-lang workshop).

The welcoming staff was amazing, the food was good, and globally the ambiance was warm. The audience was fine too, but I keep being amazed by the carelessness of some people, for instance not caring about the talks and working on their own projects, or sitting at the very end of a row, blocking all the middle seats, even failing to comply when staff members asked repeatedly to “defragment” the seating positions.

The conference had a pretty well stuffed schedule and the choices were often hard to make. In order to keep this article not too long, I will only pick a few highlights, but all the presentations I had the chance to see were of good quality.

I first attended the Liquid Haskell workshop, by Jan Schulte and Adrián González.

Liquid Haskell is a kind of layer of predicate logic over Haskell, allowing the type checker to verify properties.

In order to provide these properties, you write some {-@ ... @-} comments, and liquid Haskell interprets them and verifies them.

The workshop “spirit” was themed with alcoholic beverages: develop a simple model of glasses, shakers and cocktail recipes, and provide more type checking with liquid Haskell. For instance, if you define this datatype of shakers:

you can assign volumes to them with liquid Haskell like this:

What this means would be:

Let's have some type ShakerR which takes an Int as a parameter. Let's call this Int “S”. Now when you have a Shaker value, you can infer a ShakerR whose value for S is given by the measure function named volume, applied to the Shaker value you have.

This allows to lift values to the type level, and then write predicates which will ensure some properties on these values.

Liquid Haskell also allows some totality checking, which is quite nifty.

The workshop went at a nice pace, and went as far as defining alcoholic beverage recipes and verifying they could actually be done in a given shaker (by verifying that the mixed ingredients had a combined volume lower than the shaker's).

Koko Muroya and Steven Cheung, working under the direction of Dan Ghica, gave a fantastic overview of their work on diagrammatic execution model. This keynote was somewhat on the theoric side, and applied to standard untyped λ-calculus (but hey, that's where it all began).

There is a nice demo of their work hosted on github, which was used during the presentation.

In λ-calculus, just like in any programming context, you need an evaluation strategy of a program. There are several such strategies (for instance Haskell is lazy, and uses “call by need” strategy, whereas OCaml is strict and uses “call by value” strategy). Muroya and Cheung's presentation was on representing programs as diagrams, and then transform these diagrams using specific rewriting rules, depending on the strategy. This allows to visualize (and compare visually) how different strategies perform for a given problem in several dimensions (space, time, depths, etc.).

In order to determine how to rewrite the program diagram, one must enrich it with a focus on one of the wires of the diagram (the focus is located at the red wire in the demo). Choosing where to put the focus first, and then how to reposition it after rewrites is a whole part of the strategy. When asked, Koko Muroya confirmed that the language described could be extended to simply typed λ-calculus by attaching types to the diagram wires.

Applied category theory is booming right now, and this work led me to wonder if they were considering describing their work in a categoretic way (yes, it seems). Some of the demos they showed were reminiscent of chemlambda: a graph evolving given rewriting rules (which incidently provided the illustration for the ACT 2019 announcement).

How does code sound?

This presentation by Felienne Hermans, in a huge spoiling nutshell:

What Haskell taught us while we were not looking

In this talk, Eric Torreborre did not intend to talk about Haskell itself, but what its influence has been on other languages. (In the end however, a lot of stuff in the talk is still about Haskell proper.)

He first describes his journey from C++, to the Java world, to the Ruby/Groovy fad, to Scala, and finally to Haskell, which he now uses daily at work.

Eric then highlights two salient features or Haskell: laziness and purity Eric proceeds with talking about data, and immutability, concluding that Haskell has smart functions and dumb data (although we may highlight that functions are also data in Haskell).

An interesting thing is when Eric talks about objects (as in Object Oriented): he presents them as state machines (as they hold some state), and how it is hard to reason about several of them interacting. The exact same point is done from the other angle later in the talk about Elixir, where state machines interacting is actually promoted: the emergent behavior being, sometimes, the right level of abstraction, and the desired effect.

Then Eric talks about types. He reminds the audience how Java generics were designed by, among others, Wadler, and how generics were hard to make in Java because of subtyping, making type inference undecidable ; also quoting Dolan and Mycroft 2017.

Eric ends his talks with the “less good” stuff in Haskell:

A very engaging presentation overall, informative and fun without overdoing the comedy.

The Complexity Trap: Think Before You Leap

So the presentation starts, like many others during the conference, with the notion of complexity (etymologically made of several parts). In order to avoid complexity, we often jump on seemingly attractive abstractions, but may fall in complexity traps:

Daniel then pleas for more exposure to tradeoffs and boring solutions: conferences and blog posts should not focus solely on the new and shiny, but leave room to the ugly that represents most of our daily routine anyway.

As tools to help in this daily routine, Daniel refers to classical root cause analysis, but also to aim42, a “collection of practices and patterns to support software evolution, modernization, maintenance, migration and improvement of software systems”.

All in all, a nice talk by Daniel Westheide. The presentation was boring (as was humorously noted by a member of the audience during the Q/A session), which gives it even more value in my opinion (coherence matters). Everything in engineering is neither shiny nor exciting, and conferences are not holidays at the beach (even though Cadiz’ is beautiful).

Two quotes from the end of the talk that I wish to keep in mind more often:

Projects do not fail for lack of higher kinded types, but because of architecture, politics, etc.

As software engineers, our job is to solve problems, not to write code.

Some of the talks are better suited for watching than commenting. For those inclined in the topics, special mentions to:

The conference was well balanced between very practical presentations, some more theoric, some more poetic or philosophical.

Some messages that were repeated again and again during the conference:

All those points are about a single same theme: be careful of the context (i.e. you're not alone). 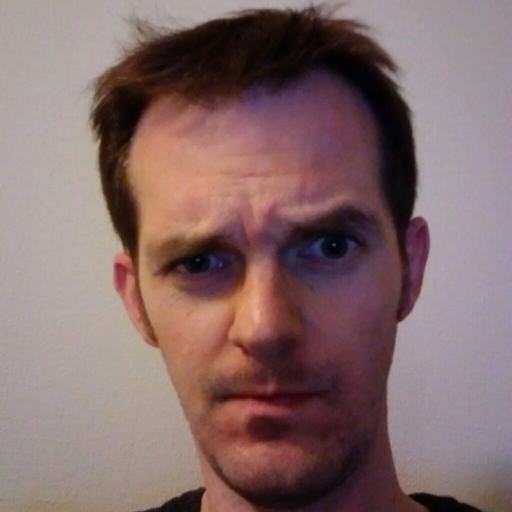